In the past few weeks we've been sharing on social media the work and stories behind the finalists of this year's Tech4Good Awards, held on Tuesday afternoon at London's BT Centre. In its fifth year, the event showcased a broad range of Tech for Good innovations which are currently bettering lives, or are in the development stage of improving the everchanging needs of citizens and communities both locally and globally.

Congralutations to all the finalists, chosen from over 150 entries across the UK. The winners were announced from 10 category groups ranging from Accessibility, Community Impact and a People's Award chosen by the public, in addition to the overall Winner of Winners.

At Tech for Good TV, we are particularly delighted to see BuddyApp - one of the finalists we've featured as part of our Macroscope Technology and Mental Health video - scoop the Digital Health award. We'll also be featuring soon an article on the overall winner, Open Bionics, makers of affordable 3D printed prosthetic hands.

Well done to everyone involved, as we share a little more about the winners of each category.

BT Ingenious Award - What3Words - the global location system which divides the world into 57 trillion 3m squares addressing each with three simple words is giving thousands of areas their first ever address.

Digital Skills Award - AppsforGood - the open-source education technology movement that aims to guide the next generation of makers and problem solvers.

IT Volunteer of the Year Award - Rachael Moat - a musician and music teacher who volunteers once a week at Seashell Trust near Stockport, a school for children with complex needs and severe learning difficulties.

Young People's Award - I'm Okay - the app created by four teenage girls digitally supporting young people in the LGBT community across the UK to share their stories and experiences.

Judges Award - Raspberry Pi - the team behind the design of lost-cost, credit card-sized computers which plug into a monitors and TVs, enabling people of all ages to explore the mechanics of computing.

Image gallery of the event and the winners, courtesy of Tech4Good Awards 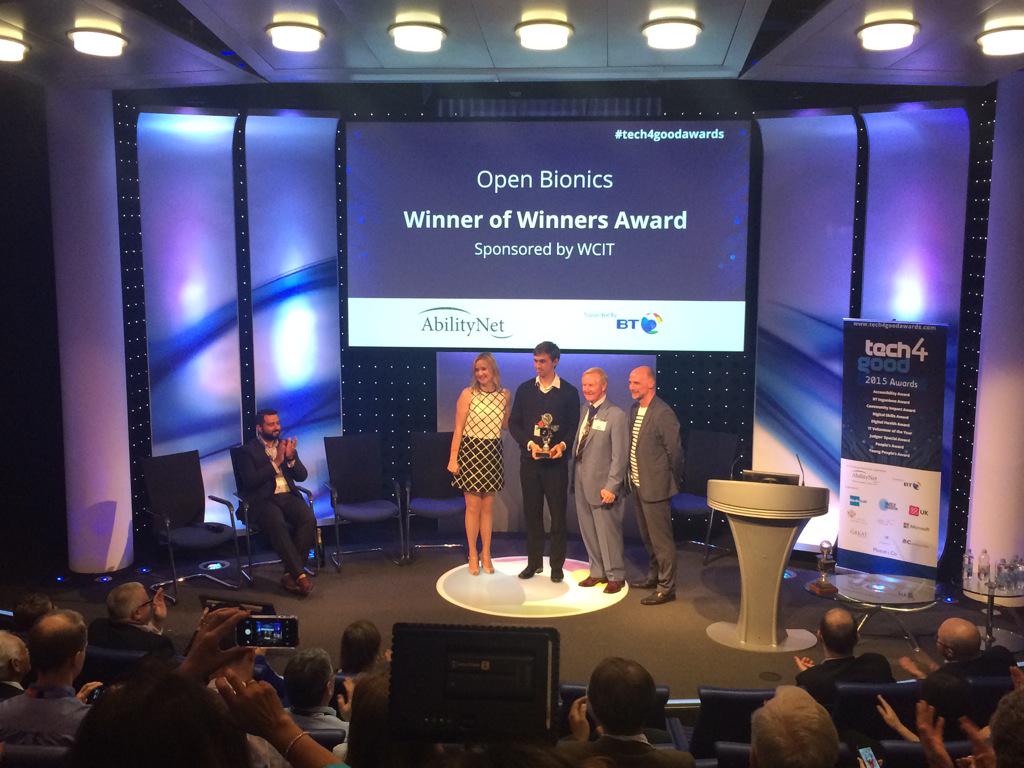 Group image of all the winners, presenters and sponsors of the Tech4Good Awards 2015